This week there has been some good news for residents of Hope Island Resort and Sanctuary Cove on Queensland’s Gold Coast. The Gold Coast is Australia’s number one tourist destination, boasting forty kilometres of white sandy beaches. Hope Island Resort and Sanctuary Cove have gated golf course communities situated on either side of Santa Barbara Road.

Residents have until now been frustrated that they can not cross the road in a golf cart, or neighborhood electric vehicle, without breaking the law.

Planning for the cart path is now being finalized with a detailed design due to be completed by the end of November. It is envisaged that documentation for the approval will be signed off by the end of November. It has been suggested that a four to six week period will be required for the procurement of materials and contractors. It is expected that construction will commence in early January 2016 subject to weather.

The Gold Coast City Council is now structuring a permit that will allow golf carts, low-speed vehicles and neighborhood electric vehicles that are registered within Hope Island Resort and Sanctuary Cove Resort to operate within the new facility. The Department of Transport and Main Roads advised that a police permit will not be required. The police permit is not necessary because the Gold Coast City Council is the issuing authority and land-owner. The council is giving permission by way of a consent for the use of golf carts within a designated area. Until now it has been unlawful to cross Santa Barbara Road in a buggy with conditional or no registration. Earlier this year, police reported an increase in buggy activity on Santa Barbara Road. 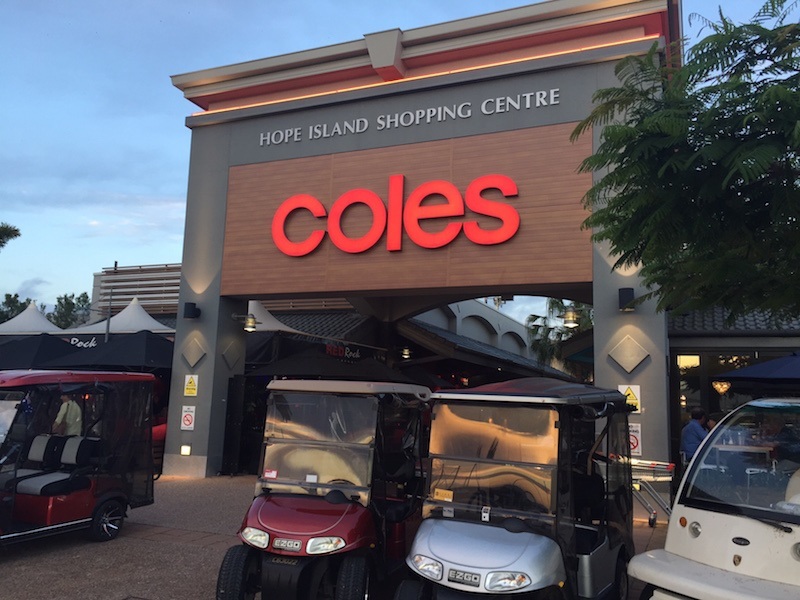 Sanctuary Cove boasts two renowned championship golf courses, The Palms and The Pines. Each year it hosts the Sanctuary Cove International Boat Show, which it has done since 1988. The Links at Hope Island has consistently ranked in Australia’s Top Ten Golf Courses since it opened in 1993. In 1997, the course hosted Johnnie Walker Classic and Qantas Legends Golf Classic. These world-class golf courses are popular with golfers from around the world.

Sanctuary Cove and Hope Island Resorts provide residents with 24-hour security and an enviable lifestyle, with many homes boasting canal or river frontage. Located at the Northern end of the Gold Coast, and on the Coomera River, the waterfront estates are situated close to Warner Brothers Movie World and Dreamworld. Traffic throughout the resorts is limited to a speed of forty kilometres per hour.

It’s been a long wait for some, with Sanctuary Cove due to celebrate 30 years since its opening in 1986. It’s envisaged that the extended network of trails available to residents in the area will encourage more residents to use golf carts instead of traditional vehicles.

This entry was posted in Golf Carts.